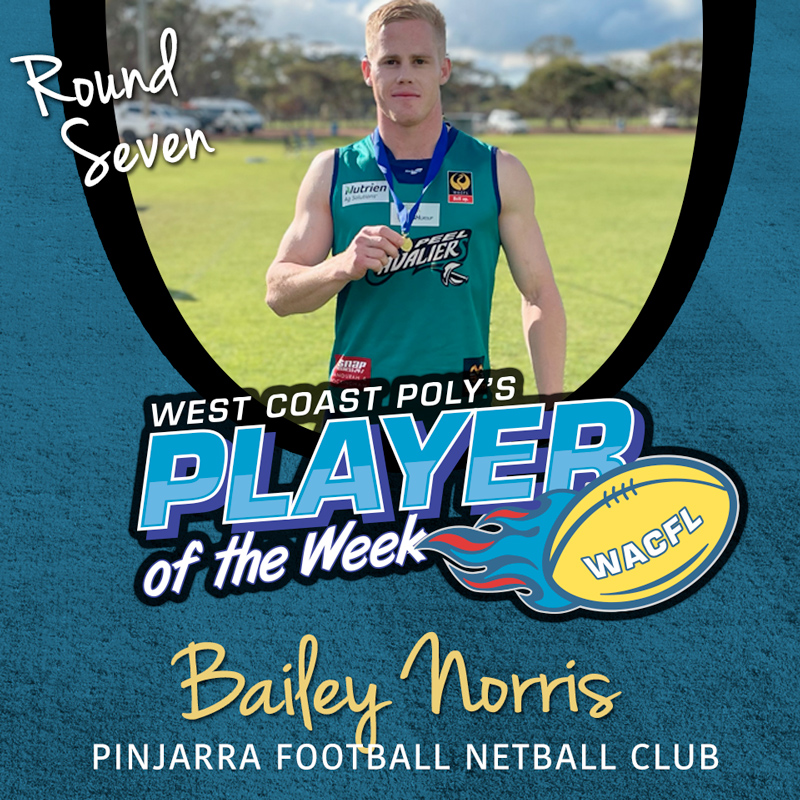 Bailey was outstanding for Peel at the Great Southern Colts Carnival in Kulin and awarded the Harry Reeves Medal as the best player across the carnival.

The prolific midfielder was everywhere and helped his side to be crowned champions after going through the carnival undefeated.

Bailey Norris will now go into the short list for Player of the Year – where the prize is 2 x tickets to the AFL Grand Final including airfares & accommodation.