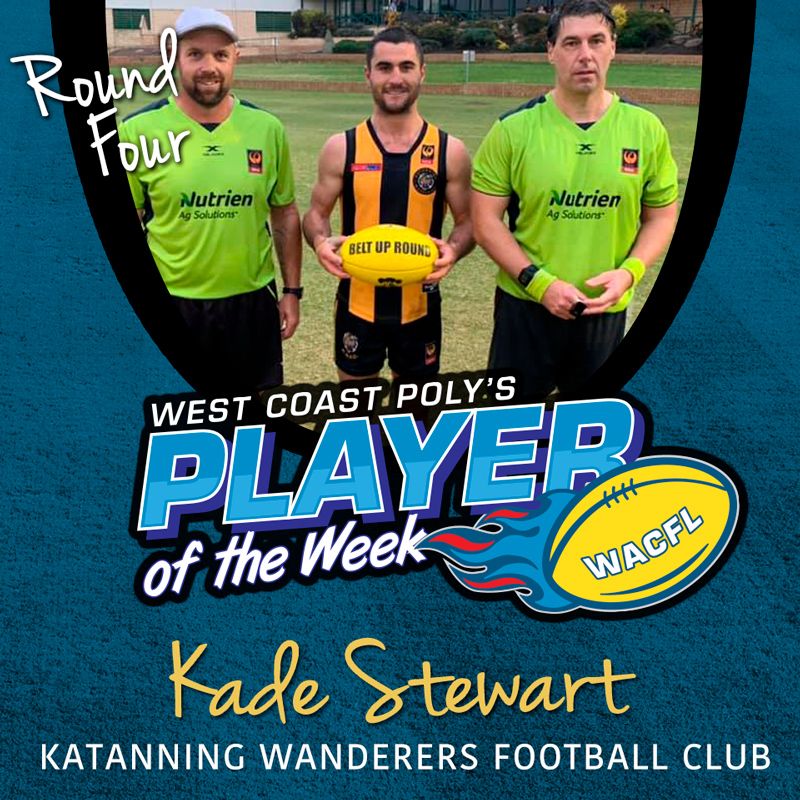 The round 4 West Coast Poly Player of the Week is Katanning Wanderers Kade Stewart. Returning to his home club after being part of South Fremantle’s Premiership winning WAFL side in 2020, Stewart has enjoyed a stellar start to the season. The prolific midfielder was superb in Katanning’s Round 4 win over Boddington in the Upper Great Southern Football League, presented with the Belt Up game ball as best on ground. Kade will now go into the short list for Player of the Year – where the prize is 2 x tickets to the AFL Grand Final including airfares & accommodation.